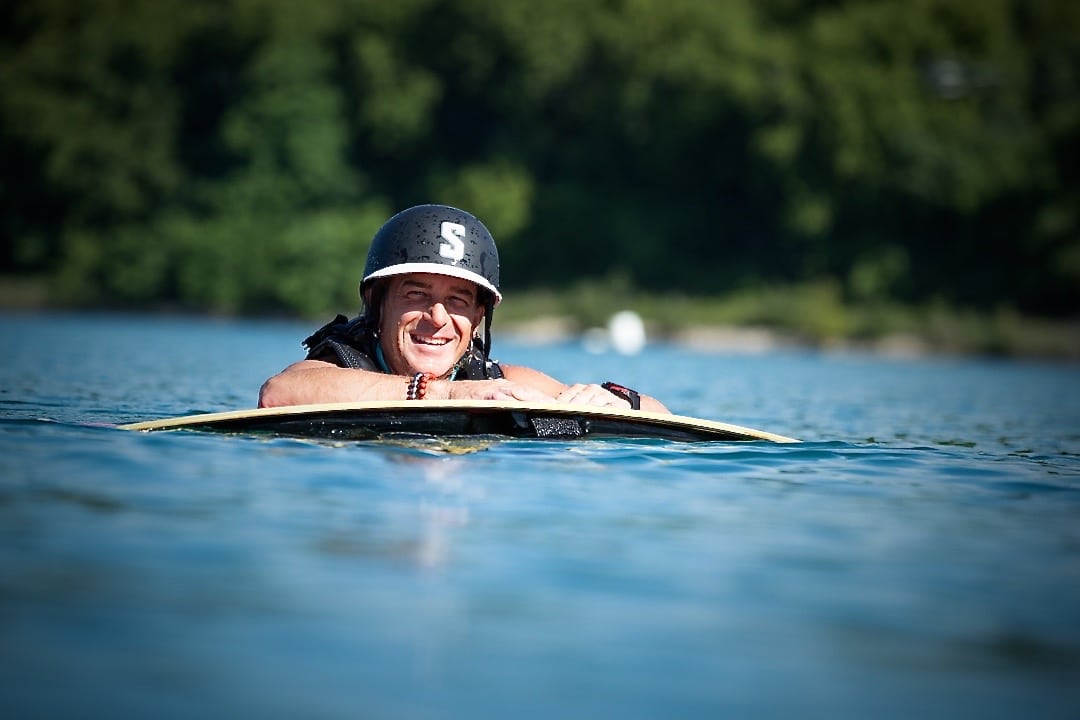 Marking 10 years since Frankie Panno’s kneeboarding renaissance began, you will find him on the cover of Waterki Magazine,  With over 30 vids in the can, numerous trips in the U.S. and abroad for photo/video shoots, exhibitions and being the World’s premiere ambassador,  Panno continues to rewrite the future of kneeboarding.  Off the water, Panno has been hard at work redefining his HO kneeboard line and introducing new performance enhancing products like his “Pannolock” strapping system and the “Pannoshock” that cushions landings and relieves joint pressure. We have also designed the very first all wood core/flex cable park board “The Press” . The Panno juggernaut of kneeboarding charges forward into the future for the 2019 season!

Panno has been a waterman his whole life and 30 + years ago he encountered his first kneeboard. He was high flying right out of the gate having a natural ability to go big and ride technical. He headed south to pursue this gift spending a lot of his time over the years with the Scott Byerly crew and many others driven to innovate and grow participation in action Watersports. This fueled his influence and conviction as a kneeboarder in a league of his own and making his mark as an industry icon. Panno is a confident business man but first and foremost, Panno is a showman; his kneeboarding has gained the mad respect of the best athletes on water and the industry at large. Adding in Frankie’s contagious personality and dash of crazy he is a crowd pleasing freerider and fantastic ambassador garnering international press, trade awards and recognition for his accomplishments. You can’t help but get excited or at least grin a little to see this guy ride!

Panno’s efforts continue to drive results for his signature series gear, sponsors and partners as he innovates the product line and progressive riding style. He is also an active mentor of younger athletes coming into the pro ranks and showing them the ropes. His unique approach to this sport including traditional riding but reaching new heights in strapless tricks, running dock starts, BIG air and wakeboard/wakeskate style moves along with crazy stunts (including ramps, trees and fire) make Panno stand out at any water based event. Frankie benefits from his youthful athletic exuberance for the life but is also a mature seasoned professional continuously delivering the next big thing in low riding.